KWIKSET SMART LOCKS, NOT SO SMART
Consumers are finding out the problems with the Kwikset Smart lock now that they have been on the market for a while.  Builders and consumers thought they were a great idea because the consumer could rekey these locks themselves and the locks are not pickable.  Both are true but both but came with other unanticipated problems was well.  These smart locks require you have the original working key and the lock to be in good working condition to rekey.  Neither is often the case.  Because the Kwikset smart lock requires the original key to rekey it, this is a real problem for people who get locked out of their house without a key or they lose them.  Kwikset sells a reset tool for these locks if you can get them off the door and take them to whoever sold you the lock.  Not so convenient.  However, because these locks cannot be picked like traditional ones they have to be drilled or shimmed with a credit card.  If shimming is the solution, then why even have a lock in the first place.

I have one of those Kwikset reset tools in case I need it.  Rarely does it work because the smart cylinder jams up.  The humidity causes their thin spring-loaded wafers to get hung up, especially when a key is rarely used in the cylinder.  In the long run, the Kwikset Smart is good for Kwikset but not the consumer.  It will cost you more to purchase and/or replace it and cause a whole lot more inconvenience than any lock on the market.   Kwikset has done a great job marketing the smart lock and convinced a lot of people to buy it.  Do not be fooled.  Any traditional lock is better.  You must ask yourself why Kwikset came up with this more expensive smart lock in the first place.  To sell more locks.  Their traditional ones were hanging around too long.

Schlage once tried their version of the re-keyable smart lock to compete with Kwikset and it failed too.  Too many associated problems.  To Schlage’s credit, they saw their mistake and kept making quality locks.  Any traditionally built residential lock is better than the Kwikset smart lock.  Schlage is probably the best built mainline lock to get that will last.

Time usually tells the story.  As Paul Harvey use to say, “now you know the rest of the story.” 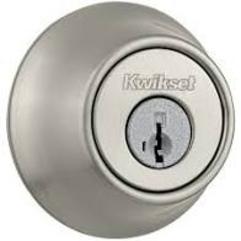 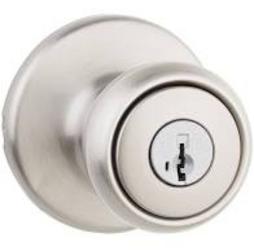